“The fog and smoke rose from the charred forest remains. In the mist we saw forms, at first just thin black stalks. The beautiful pines lay in ruins, but we knew pine forest regenerate after fire so we weren’t worried.

As we neared the stalks, we realized they were completely foreign to us. The scientists among us immediately fanned out and began taking notes and photos. These were not charred pine trunk but something different. What were they? Where did they come from? Were they harmful?

We didn’t yet understand how the fire started and now we saw in its wake came new life forms. We were excited and a little frightened. I tested a tiny bit of what appeared to be a mushroom on my tongue. It was delicious.”

The paintings and sculpture of the Alien Botanical series tell a fanciful story of a fictitious life form appearing after a great fire. When a foreign species appears, the approach to studying it is different for a scientist, a farmer, or a native gardener. What I see as invasive scotch broom is a lovely yellow flower to someone else. Both the artichoke and the star thistle were introductions. as were the honey bee and the garden snail. The effect on ecology from any introduction is complex. The sculptures here were constructed and the results studied by botanists. They informed me how the species might grow and reproduce. My notes were then translated into a tongue and cheek “Field Guide” that accompanied an exhibit of the Alien Botanicals at The Alvarado Gallery of the Monterey Museum in 2013. Their genus is Aliensus. If you see one in nature, do let me know. 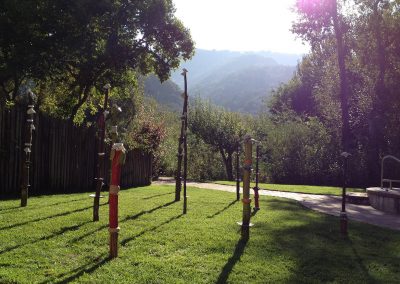 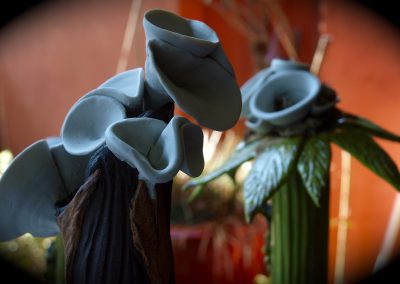 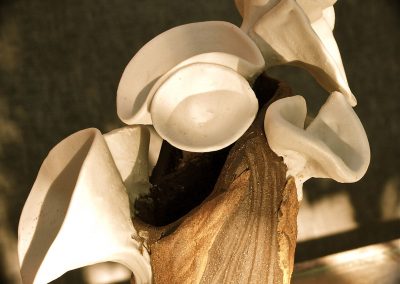 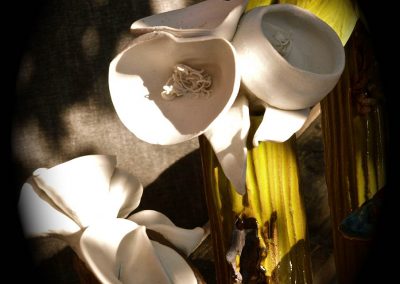 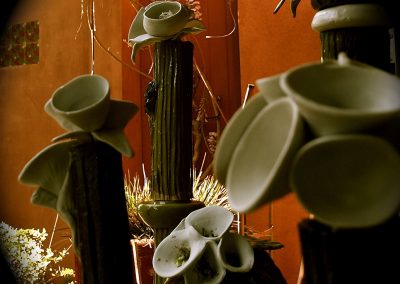 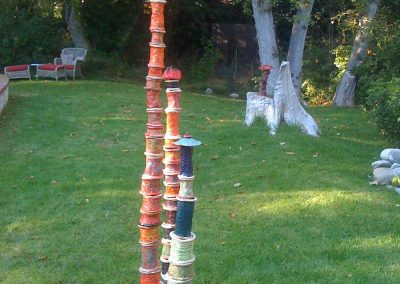 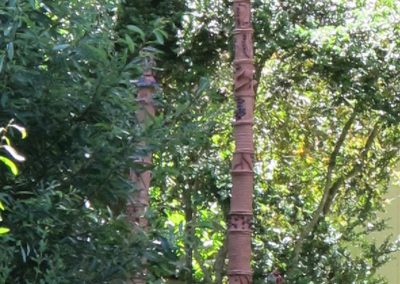 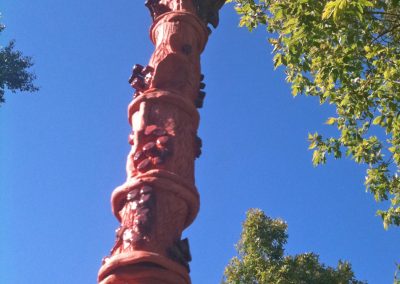 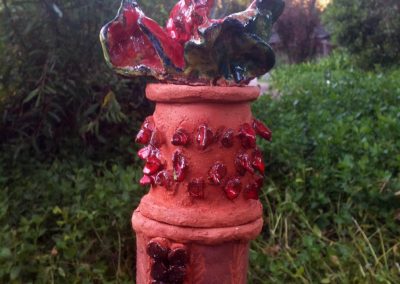 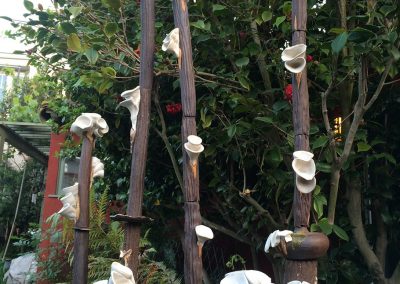 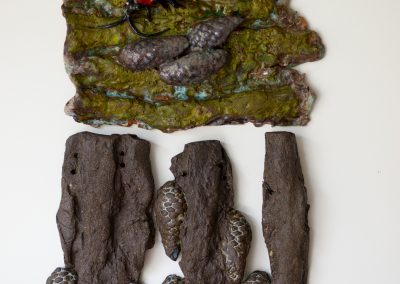 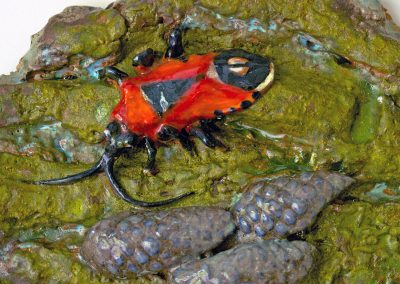 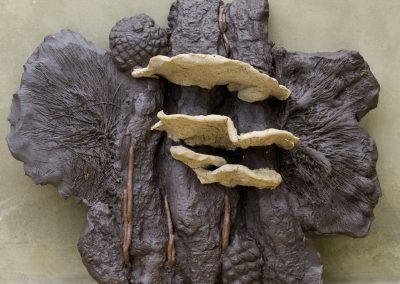 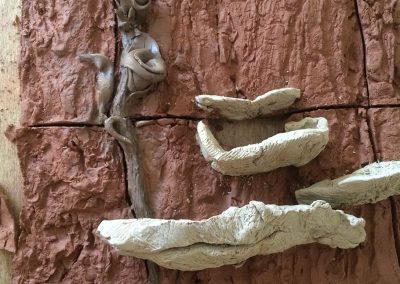 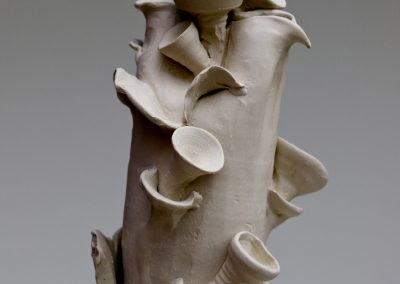 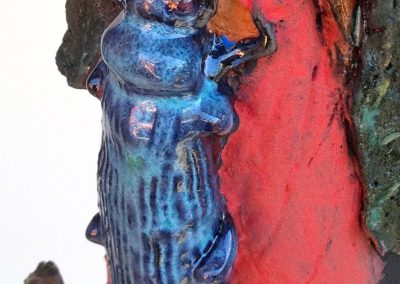 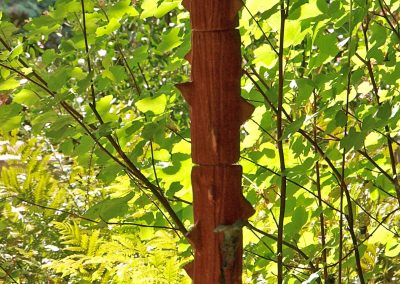 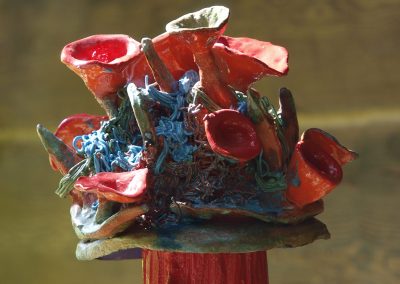 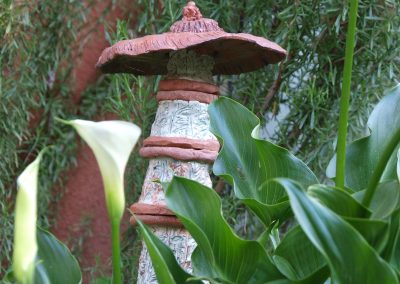 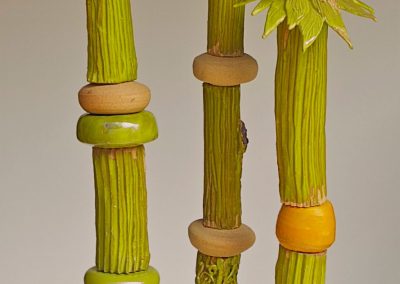