2012 – Installation of “Outposts”, Carmel Valley, CA Sculpture on hill above the Carmel River

Polly Osborne is an artist exploring the relationship of man and nature. Currently her focus is about the irony of that clash.

As an example, in the “Alien Botanical” series, a fantasy plant appears in nature, is given scientific names, and bears resemblance to naturally occurring species. It is both delicious and invasive. The presentation is a sculptural forest representing these mycological fantasies.

Polly Osborne is also an architect. Her work has been published in many books and magazines and she has won many awards, including the prestigious Nathaniel A. Owings Award from the California Architectural Foundation. In 2013 Polly Osborne was initiated into the American Institute College of Fellows, an honor given to less than 2% of US architects.

Architectural Philosophy:
Architecture is rooted in the site. Getting to know the site is key to living in harmony with natural elements.  Architectural goals include reducing impact through minimizing resource consumption, creating habitat and creating net zero energy use.  Materials are intended to be responsible environmentally, durable, and beautiful.  Details are what make living in a home a joy close up. When you can delight in the way wood and plaster meet, or the shape of a scupper, you are having a good day.  The best way to achieve a comfortable environment is through natural cooling, heating and ventilation.

Art Philosophy:
Making art is a personal adventure that opens my mind to a world of fun.  It can be amusing or meaningful or both.  It can wake us up to action and put us to bed with a cozy feeling of familiar vision.  Whether shocking or peaceful, it communicates the time and place of its creation. 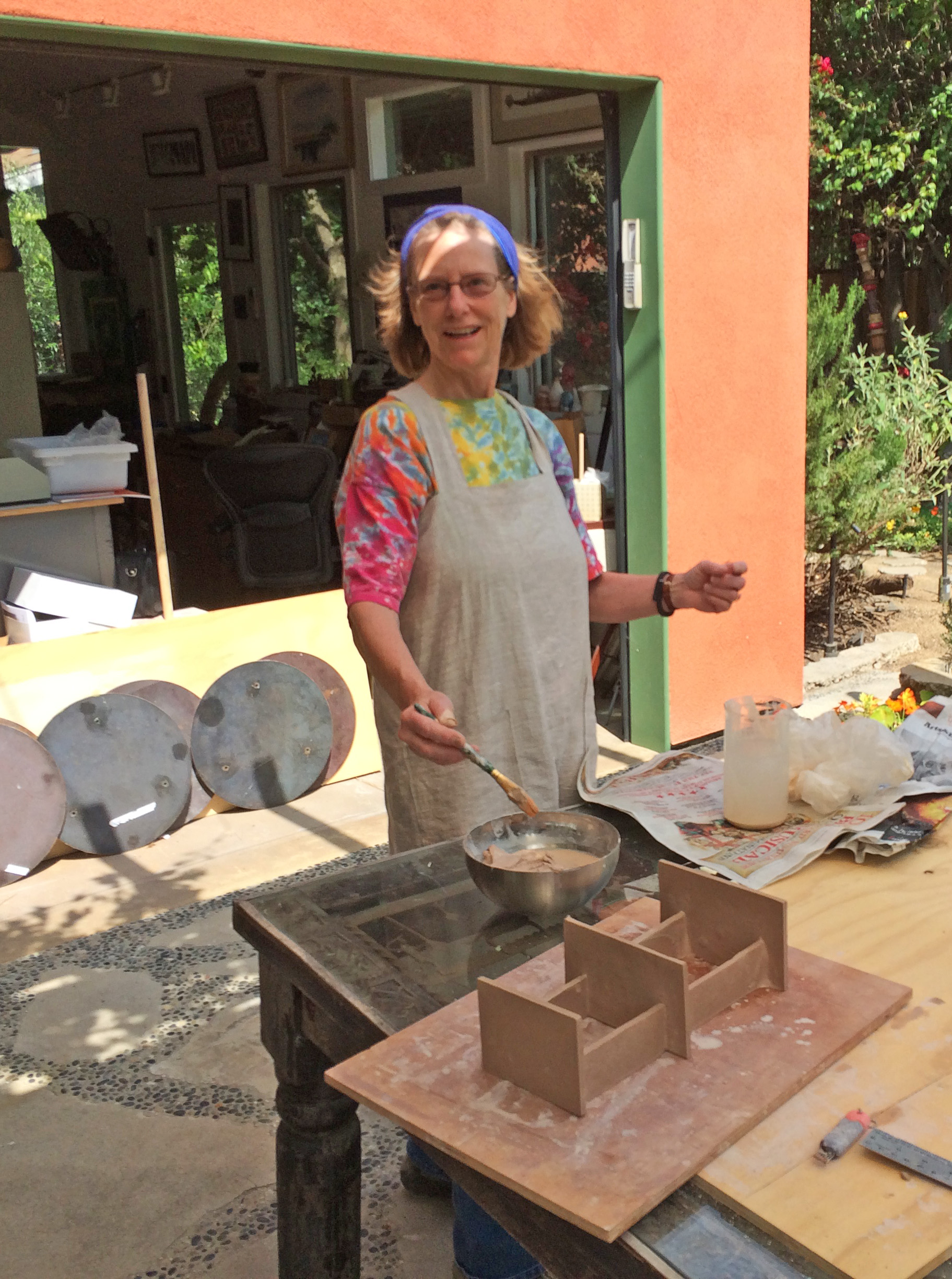 AIA Committee on the Environment, 1993-present

Reencontro: A Nossa Casa—A community approach to caring for and empowering the children orphaned by the AIDS pandemic,

mimic nature in order to serve human ends without harming the web of life.

The Work of Will Shaw, FAIA

Featured green buildings of the San Mateo County Area. The Taiji House was the most

visited house on this tour and was voted the “People’s Choice.”

George Washington Smith to the present. Examples of Polly’s work were included along with

such significant architects as Cesar Pelli and Charles Moore.

Rubble with a Cause, Jonathan Dobre, 2003